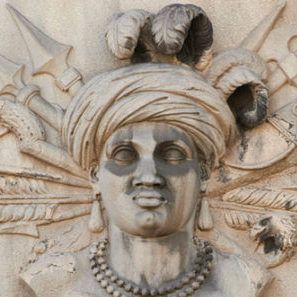 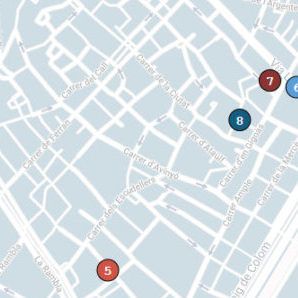 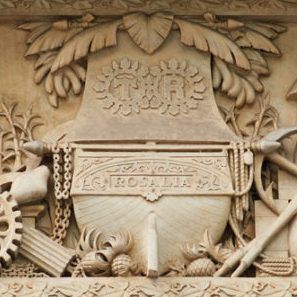 Depriving a human being of their freedom -reducing their body to a mere condition of property with commercial value, subjected to sexual exploitation, forced labor, sale or annihilation-, is an inhuman and unacceptable action. This act submits a person to a state of enslavement, which in some societies has legally and economically been systematized. Knowing and making known that this act has happened in diverse moments of history and that it still happens today in a similar manner, is an unavoidable responsibility.

This project focuses on the participation of people linked to the city of Barcelona in transatlantic enslavement dynamics. In addition to those who captured, transported or sold enslaved people, the system also had other decisive actors such as investors, governors, legislators and anti-abolitionists. Among these, we can find names of people actively involved in the history of Barcelona -some with monuments in the public space- who invested their fortunes from the colonies in the city. But we also find names of people who committed themselves to its abolition, as well as demonstrations by citizens of Barcelona against slavery.

To reduce the reflection on transatlantic slavery to a normal or legal behavior of another era, is to lose sight of the repercussions that it had. Transatlantic slavery has left social and individual traces, it has left returns that are still enjoyed today, as well as inequalities and prejudices that still persist in the present. 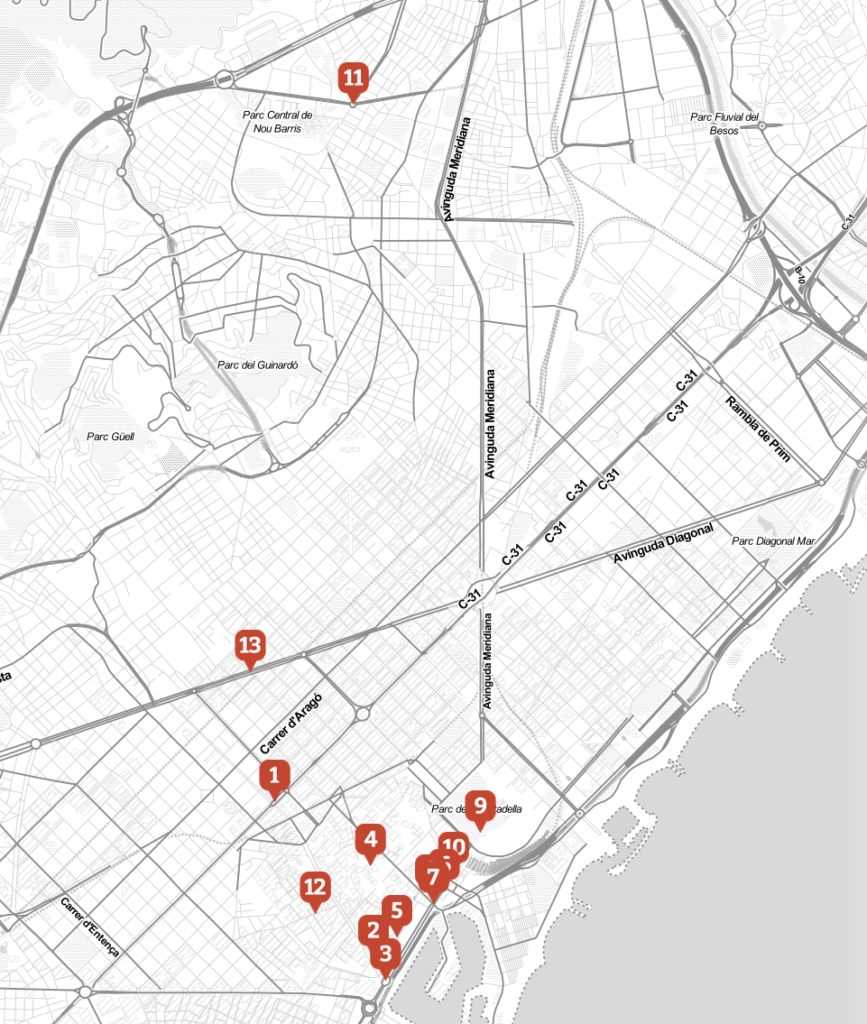 1-Monument to Joan Güell i Ferrer

The original version of the monument was inaugurated in 1888 in the context of the Universal Exposition of Barcelona. Initially located in the crossroads between Gran Via and Rambla de Catalunya, its statue was torn down in 1936 and the base reused as a pedestal to honor the victims of a frustrated coup d’etat against the Catalan Republic. Eventually, it was wholly destroyed, yet reconstructed in 1945 a few meters away from its initial location, maintaining some of its original allegories.

Tomás Ribalta, an owner of plantations in Cuba and member of the Liga Nacional, after acquiring and adapting the Palau Marc in 1876, left a relief on its facade that gives proof of his past. Apart from the symbols that are usual for navigation and commerce, as well as tropical fruits, the chimney of and sugarcanes of the plantation are distinguishable, clearly pointing to the forced labour of enslaved africans.

This monument was finished in 1888 for the Universal Exposition of Barcelona, as an anticipation for the commemoration of the fourth centenary of the arrival of Columbus to the Americas. A bassrelief between the shields of Puerto Rico and Cuba –then still Spanish colonies- reproduces the moment of the encounter with the first captives that were unwilling brought from the Antilles, and the following shows their presentation to the kings Ferdinand and Isabella. On the base of the monument there are two sculptures of kneeling Indians, each in front of the friar Bernat de Boïl, and captain Pere Margarit. These are references to the religious and political submission to which Indians were forced, becoming the first enslaved peoples in the Americas.

Over the baptismal font of the Cathedral of Barcelona, sculpted in 1433, a plaque states a sacralized story that oscilates between what oral tradition and the first chronicles from Indies recounted. It narrates how this temple witnessed the baptism of the six captive Indians that made it to Barcelona on the return trip of the first voyage of Columbus.

Created in 1876, having as a main founder its first president, Antonio López y López. This institution channeled the funds given by its investors with the aim of helping Spain confront the Ten Year War in Cuba. The interrelation between the defense of the colonial statu quo and the ongoing economical interests that included the slavery system was extremely tight. Today, the last headquarters of this bank have become a hotel in Via Laietana, 3.

Josep Xifré i Casas, accumulated his capital in Cuba and reinvested it in New York, which enabled him to acquire in 1830 the lands in which he would build his house a decade later. It is well known for its portico, but also for the abundance of allegoric reliefs in its façade, such as the presence of an African and an Indian among symbols of commerce, navigation and fortune, as well as children with plumes or carrying sugarcane, intermixed with medallions to colonizers and conquistadors.

This historic chamber of maritime commerce was also the setting for the creation of the Spanish-Overseas Circle in 1871, which had Joan Güell and Antonio López as president and vicepresident, respectively. It was also the founding place in 1873 of the Liga Nacional, a league opposed to the immediate and imminent abolition of slavery in Puerto Rico. Its first vicepresident was Antonio López, and among its 72 representatives there were Tomás Ribalta and Eusebi Güell.

This monument was erected in 1884, only a year after the death of whom in 1881 had founded the Trasatlantic Company of Barcelona. He had been given the title of Marquee of Comillas, in honor of his native town in Cantabria. The plot of land for its first location was ceded by the City Council of Barcelona, also changing the name of the Plaza San Sebastian to the name of Antonio López. The original statue was torn down in 1936 and substituted with the picture of captain Maximiliano Biardeau as “Martyr of Liberty”, for being mortally wounded on October 6th 1934 after offering his services to the Catalan Republic. The statue of Lopez was recreated by Frederic Marès and reinstated in the actual plaza, from where it was again taken down in 2018 for the explicit reason of his relationship with slavery.

9-Monument to Joan Prim i Prats

The monument Barcelona a Prim was erected in 1887 in the context of the Universal Exposition of the following year. The statue was torn down and melted in 1936, yet reconstructed in 1948 and replaced a few meters away from its original location. Barcelona remembers him for having ceded to the city in December 1869, as president of the Council of Ministers, the Fortress of the Ciutadella, allowing for its demolition and conversion into a park. Yet, two decades before, Prim had been named Captain General of Puerto Rico in October 1847, a position that lasted only until June 1848, in great part because of the unpopular authoritarianism reflected in the extreme measures of repression taken against the rebellions of enslaved Africans.

10-Old Customs of Barcelona and seat of the Civil Government

On December 22nd 1872, a march which was presided by a red banner with gold letters that read “Immediate abolition of slavery”, left from Plaça Catalunya heading towards the Civil Government. Here the protesters presented their claim to then Governor Joaquim Fiol I Pujol, a sympathizer of abolition, who thanked from the balcony the demonstrators, closing his discourse with “Long live the honest people of Barcelona!”.

11-Homage to Pi i Margall

On April 1936 a monument to Francesc Pi i Margall, the second president of the First Spanish Republic, was inaugurated in the old plaza known as Cinc d’Oros. He, as well as his predecessor, defended the abolition of slavery in the colonies. In 1939, the allegory to the Republic that crowned the monument and the medallion with his portrait in relief were removed. In 1990 both elements were reintegrated as part of a new monument in a plaza that was finally renamed Plaza de la República in 2016.

This theater, inaugurated in 1863, saw the premiere of the play Llibertat! by Santiago Rusiñol, on October 1901. In it, an enriched emigrant to the colonies comes back temporarily with a black kid that had been his slave, a fact that caused diverse reactions. The author made a sharp criticism to racism and classism in the Catalan social context of his era.

13-The fountain of the black boy

This fountain from 1915 has been popularly known as that of the Black Boy or of the Washbowl. A common interpretation suggests that the boy was an adopted son of the sculptor, Eduard Alentorn, who asked his sister to clean and scrub his face with persistence to try to whiten his skin color. It is certain that the name given by the sculptor to the work was: “Impossible!”. The internalization of racial prejudice is considered today as one of the consequences of slavery.

13-The fountain of the black boy

This fountain from 1915 has been popularly known as that of the Black Boy or of the Washbowl. A common interpretation suggests that the boy was an adopted son of the sculptor, Eduard Alentorn, who asked his sister to clean and scrub his face with persistence to try to whiten his skin color. It is certain that the name given by the sculptor to the work was: “Impossible!”. The internalization of racial prejudice is considered today as one of the consequences of slavery.

The association Conèixer Història (Knowing History), together with the Cipriano García Foundation of the CCOO trade union and the European Observatory of Memories, express the will to rethink those elements of the city that exalt a past that bothers many people. This itinerary proposal is an invitation to review and discover some of these sites in Barcelona related to slavery derived from the transatlantic traffic and its abolition.